The 3rd Bartók Symposium was organised in cooperation with the Liszt Institute Brussels ׀ Liszt Intézet Brüsszel, the Bartók Archives of Brussels and Budapest and the KBR - Royal Library of Belgium, between 14 and 16 December 2021. The three-day event featured 4 concerts and 6 lectures. In his closing speech, Ambassador Iván Tamás Kovács highlighted that the Bartók Symposium is a great precursor to the 100th anniversary of diplomatic relations between Belgium and Hungary, which will be celebrated in 2022, and an excellent example of cultural diplomatic cooperation between the two countries 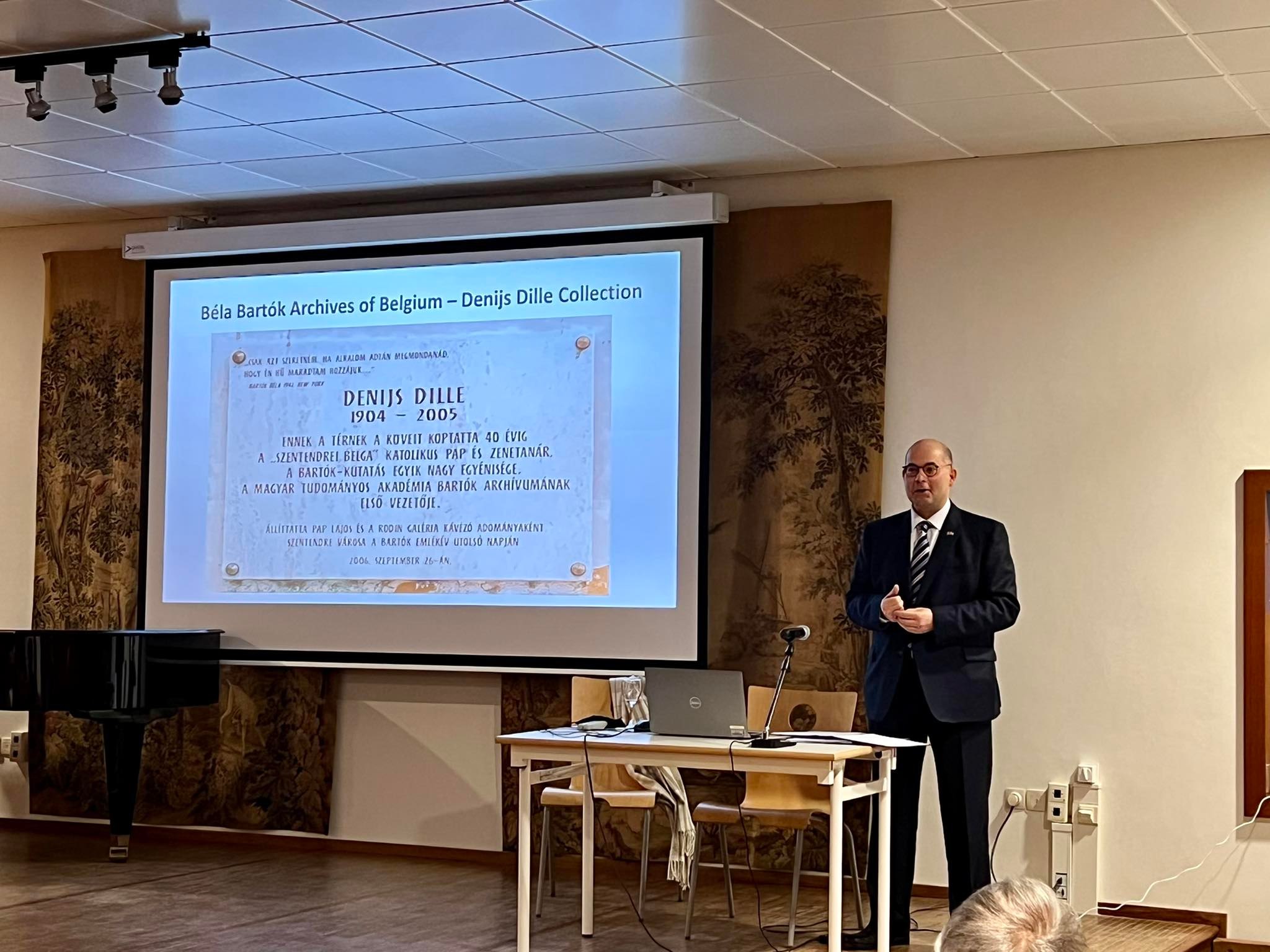